Ammon and Liahona Olayan are headed to Hollywood—but not before releasing their brand new single, “Boom.” The talented siblings recently auditioned for American Idol, and both received a golden ticket after wowing celeb judges Katy Perry, Luke Bryan and Lionel Richie with an original song. Their audition clip has already received over one million views on YouTube (and trust, you’re gonna wanna check it out):

The two are now releasing their self-written audition piece as a single. We chatted with Ammon and Liahona about who inspires them, what it was like to grow up in Hawaii and what they’re looking forward to in the future…

GL: What is your new song about?

Ammon: We write a lot of our songs based on family and personal experiences. The song “Boom” tells of a time when my sister and I got into an argument. We said some things that we didn’t mean, and we were hurtful to each other. When we were thinking about what happened afterward, we realized we didn’t want to be alone, and our hearts were telling us to apologize. Things just aren’t right in our family when any of us are fighting.

Liahona: We wrote this song about what life is like when you argue with your siblings. Being in a big family, sometimes we get in fights, and in the moment we say things that we don’t really mean. This song describes that even after all we’ve said, we really don’t want to be alone, and what we really want is to be with each other. It just doesn’t feel right when you end on a bad note, especially with the people you love the most.

GL: What inspired you to start singing?

Ammon: My mom inspired me the most. As my biggest fan, she has always been the one who has pushed me and inspired me to sing and write music. In fact, one of the first songs I wrote was for her, and I sang it to her on Mother’s Day. My Uncle Ty has also been a big influence. He writes and sings his own music, too, and when I first heard him perform, I wanted to learn for myself.

Liahona: My brother was one of my biggest inspirations. When we moved to the Big Island and lived in a tent, he wrote his first song. Ever since then, he’s been my role model. My mom has been a great influence on me, too. As a child, she put me in whatever musical things she could. She even used to have a music school for kids where she taught the basics of music. Later, she put me in piano lessons, because her dream for me was to be a professional pianist and play all around the world in competitions. Though I didn’t achieve that dream, my mom never gave up on me, and that’s why I’m here today. Both of my parents are who I strive to be in every way. 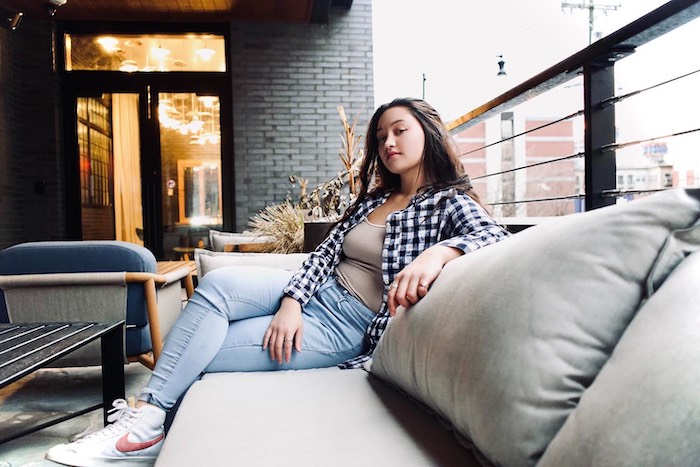 GL: Who are the artists (and people) that inspire and motivate you?

Ammon: Some artists that inspire me are Bruno Mars, Justin Bieber, Ariana Grande and my uncle. My dad is also a huge inspiration in my life. He has always pushed me to be better, whether it was sports or music.

Liahona: Bruno Mars, without a doubt. When he sings and performs, he just goes with the flow and looks like he has so much fun. I love his beats and his songs, because that’s the type of music I like to write. And Meghan Trainor. One of my favorite songs of hers is “Nice to Meet Ya”—the beat is just amazing!

GL: Tell us about your background and what got you to where you are now.

Ammon: I’m the oldest of almost nine siblings—my mom is pregnant with the ninth right now, and family has always been important to us. About five years ago, my parents uprooted us from Utah. We moved to Hawaii to get closer as a family and reconnect to our Hawaiian roots. We left everything and lived in a tent for almost three months. While we were there, we raised animals, washed our clothes in buckets and picked papayas from the farm. One morning, I was just lying around relaxing, and my dad told me, “Stop being lazy! Go write a song or something!” I took him seriously, and a few hours later, I shared my first original song with my family. They were so impressed and had no idea that I could write music. When my sister heard my song, it inspired her to start writing music, too. We’ve been writing ever since.

Liahona: We moved to the Big Island five years ago because my parents decided that we needed to reconnect with our Hawaiian heritage. The experience was harsh the first few months. Living in a tent was all so new to me. I actually really hated it at first. Looking back on it now, the times seemed hard in the moment, but I have never been so grateful for it, and I wouldn’t mind going through it again. There were so many blessings and eye-openers for every single one of us. And when we came back, it made me realize how much my family means to me. They are everything. We have our ups and downs, but we’d do anything for each other. That’s what family is for. 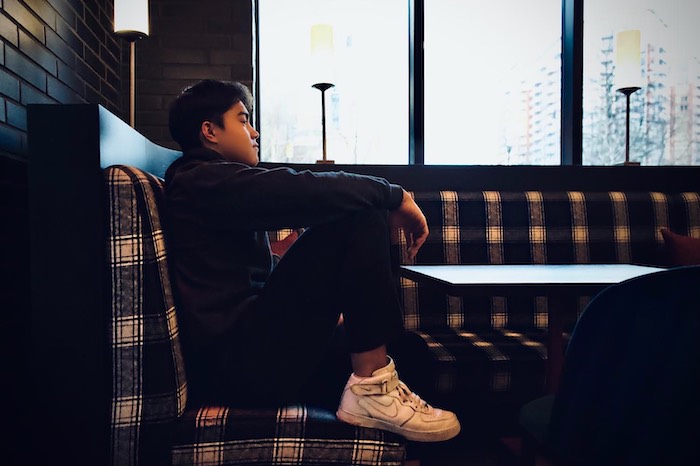 GL: What are you excited for this year?

Ammon: I’m so excited to be on American Idol with my sister and to have this opportunity to share our music with the world. I believe that our music can help so many people, especially through these hard times. I’m also excited to have a new sibling in August.

Liahona: I am excited for the new opportunities life has to offer us! I’m really excited for the new things I get to learn and the new experiences that are headed my way. My family has been my biggest support. It makes me want to push even harder because of the love they’ve shown me. I’m excited to show the world where we come from and why we are the way that we are. I hope to inspire others with the things I have learned.

©Ammon and Liahona. All rights reserved.